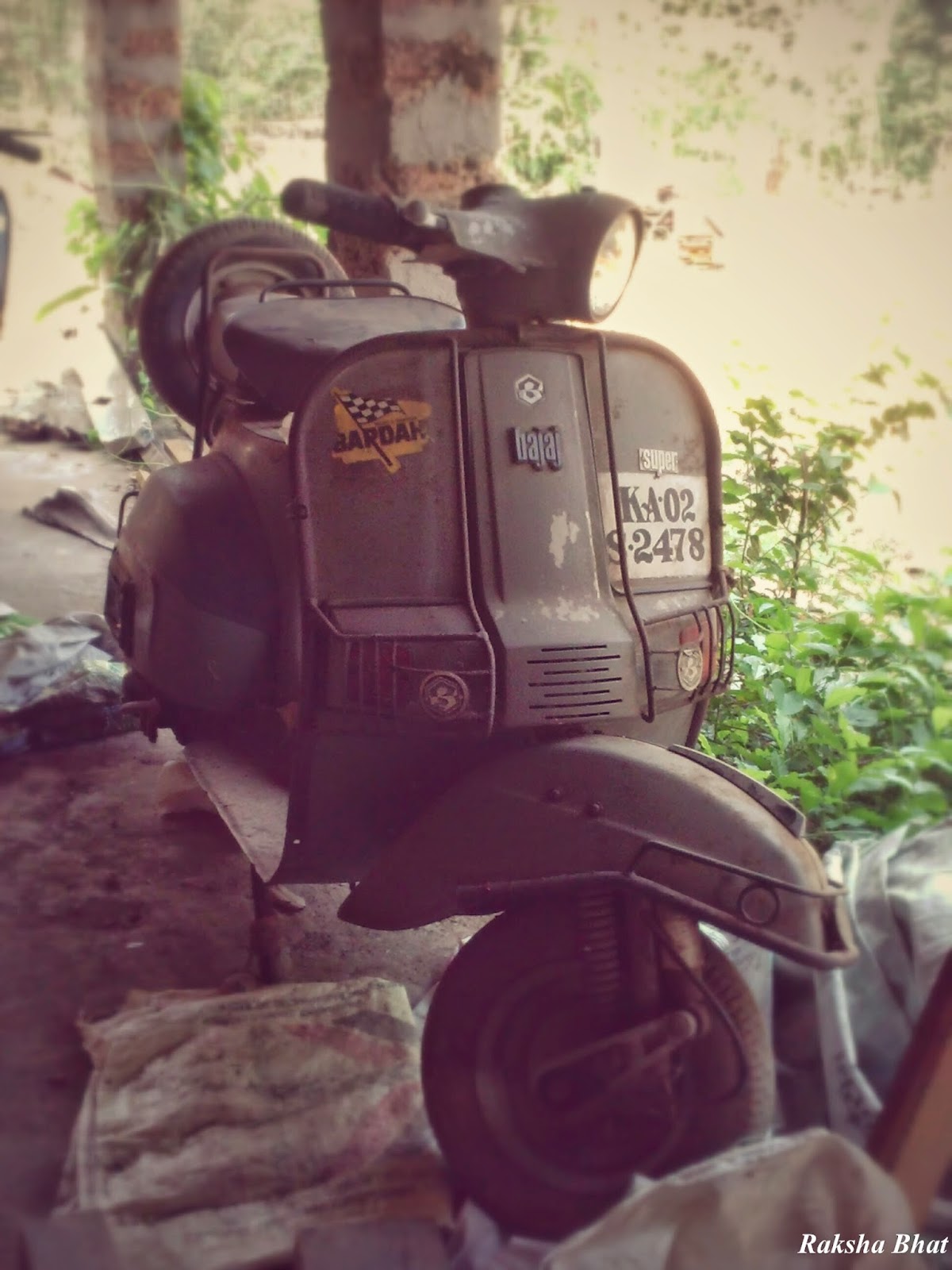 -The Wonder Years-
Posted by Raksha Bhat at 3:36 PM

oh yesssss I rememebr the APNA bajaj, I did not have it , though we had one in the house My sister's. there is also a story the day we bought it , before she got it out of the showroom even she banged it into the gate :) not a good start but never mind , we had it for years nad yearssssssssss ...

This post has been selected for the Tangy Tuesday Picks this week. Thank You for an amazing post! Cheers! Keep Blogging :)

@Bikram: See a Bajaj can never be without a story ;-) Thanks for sharing !

@TeamBlogadda: Thank you so much for the appreciation !

Love this, and couldn't agree more! (Although I get the lyric of the song wrong, all the bloody time)