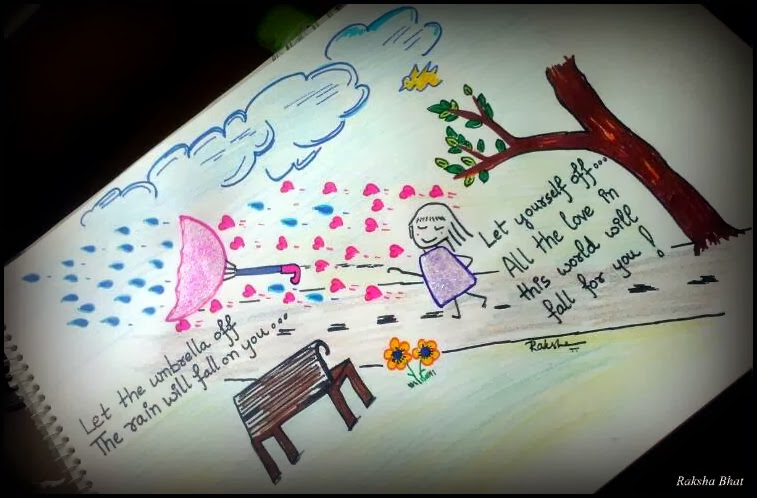 Sometimes it is okay to let off, let off a plan, let off a person, let off a place without thinking much about the consequences. I let off my studies this week and made a four day trip back home to Bengalooru. It initially seemed like I would have all the guilt and regret in  this world to carry, on the contrary I am in a state of perfect contentment, just like the girl in this doodle I drew a few days ago, my midnight madness. Thank heavens for the break with enough zeal and energy I can now get back to the grind again.

Up The Ladder For The Greater Good 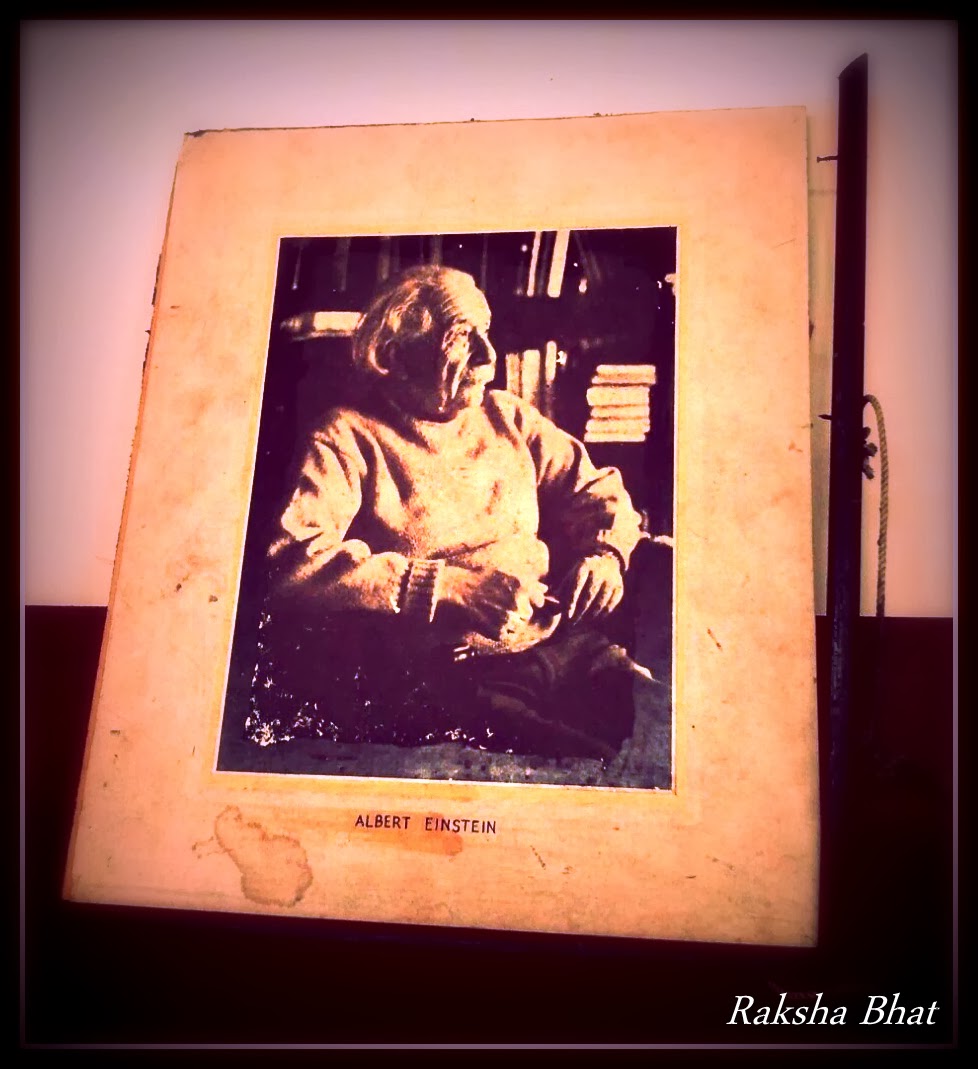 “A photograph never grows old. You and I change, people change all through the months and years but a photograph always remains the same. How nice to look at a photograph of mother or father taken many years ago. You see them as you remember them. But as people live on, they change completely. That is why I think a photograph can be kind.”
-Albert Einstein-

The museum section of my department is quite an old, rusty and dusty place which would require nothing but a great deal of patience to maintain. On one afternoon while teaching the undergraduate medicos I found this frame atop a shelf. Despite the state it was in there was a certain charm about it, maybe because of the person in it or the love for science in people like him.

Currently I am at the end of my masters in medical microbiology and it’s the hard preparatory phase, a few months before my final university examination. The last three years have been a great learning experience bringing me closer to the basic sciences, to concepts that I have loved the most since my school days- everything about the cell and cytoplasm to the nucleus and genes. The best part of which was well connecting it all to the patient’s treatment, arriving at a diagnosis and making a difference.  Of course there were times where in I had to face amusing questions such as these “So being a doctor what do you actually get to do in the lab?”, “Don’t you see patients?” and “What is there in microbiology to learn?”  I would end up smiling at them, all the while mentally answering “Darling, come live my life”.

I am glad that I choose something very unconventional in an Indian setting post an undergraduate medicine training which is pretty much about categorizing doctors into two categories, ‘clinical’ and ‘others’. The latter, quite nonexistent. Believe me there even were a few cynical others on some utterly disagreeable situations, people who have had the least knowledge (read nothing beyond whatever they read in the world wide web) about health care and diagnostics who have had their say when they were not even asked for an opinion come up with gross statements such as this “Why would anyone want to become a doctor like her, rather become a good one!” Wonder what qualified as good in  that person's dictionary. All I have been taught by my extremely dedicated professors here is to always think of the patients from whom we receive the samples, their misery and pain because ultimately what matters to us is helping the clinicians and make all our patients get back home. Using the license to heal is a pretty big deal and in which process I definitely have become a better doctor, more than anything else a better human being.

Marc Veldhoen in one of the Mill Hill Essays published by the National Institute of Medical Research writes “We are a composite organism…as such bacteria probably deserve a lot more respect than they are generally given” and so do the people of science who work with subjects such as these. While I was reading the last part of his essay I couldn’t help but remember that one irking comment I had heard before. I am pretty sure that I am making more friends than enemies when I ask this- friends sampling soil from the field, friends noting the pattern of the bird’s flight, friends calculating a formula for a chemical reaction, friends making graphs for their project analysis and friends counting cells under the microscope. Why is it so hard to respect something for which you need more will in your heart than knowledge in your head to do? Why is it so hard to respect something which gives you more satisfaction than that usual monetary earning? Why is it so hard to grow up beyond all the ‘settling down ‘and respect science? Why is it so hard to appreciate someone who is able to do all this? When I look around for answers, the scenario is quite like this: 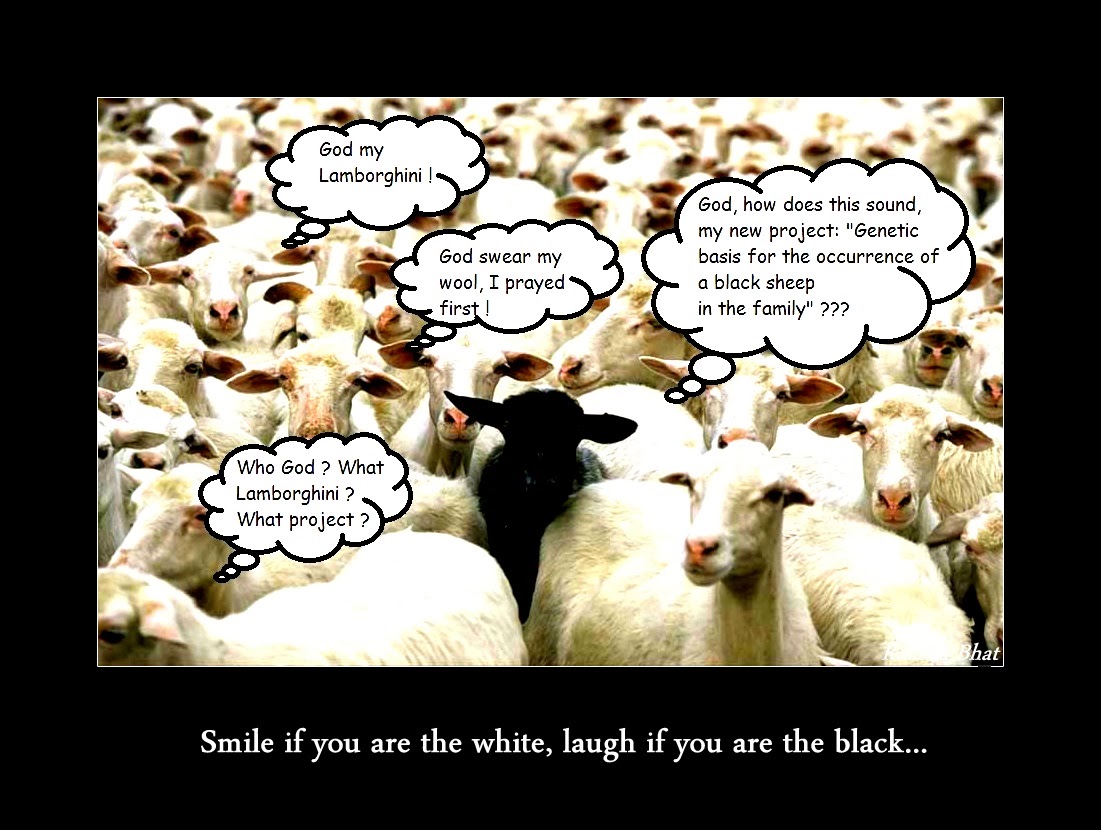 Post graduation learning with regards to diagnostics is more than what I thought it would be. It has made me reason out facts, ask questions, find answers, learn from the learned and teach my fellow learners. At some stage very soon I hope it dawns to the world how important the process of diagnosing a disease is before getting a patient out of it. Drugs do come first to save lives, but investigations aren’t any last. The irony is not many of us including a great bunch of doctors know what happens to a sample between the time it is given for a test and the time when the report arrives. It is quite some work, well as much as the treatment, a lot of science as a matter of fact. A sample of those hundreds and thousands which keeps us busy in the medical laboratory is here: 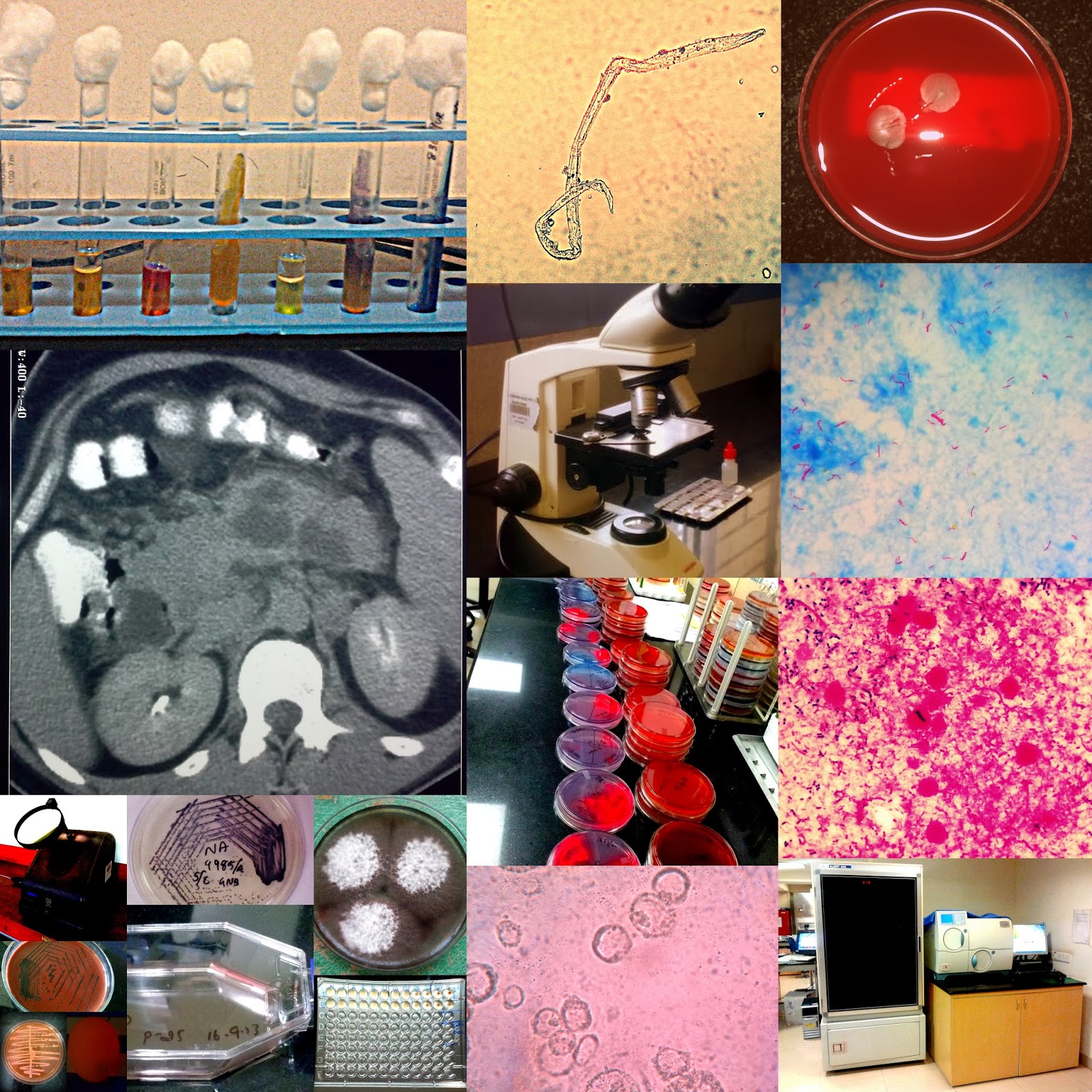 When I came across this question” If you could study/specialize in any subject of your choice in the UK, what would it be, where and why?” on Indiblogger for a moment I did go “Ah! I wish” and I could only think of one place, The Francis Crick Institute, formerly called the UK Centre for Medical Research and Innovation, named after the British scientist Francis Crick who showed the world what DNA was all about and won the Nobel Prize in Physiology and Medicine for the same. 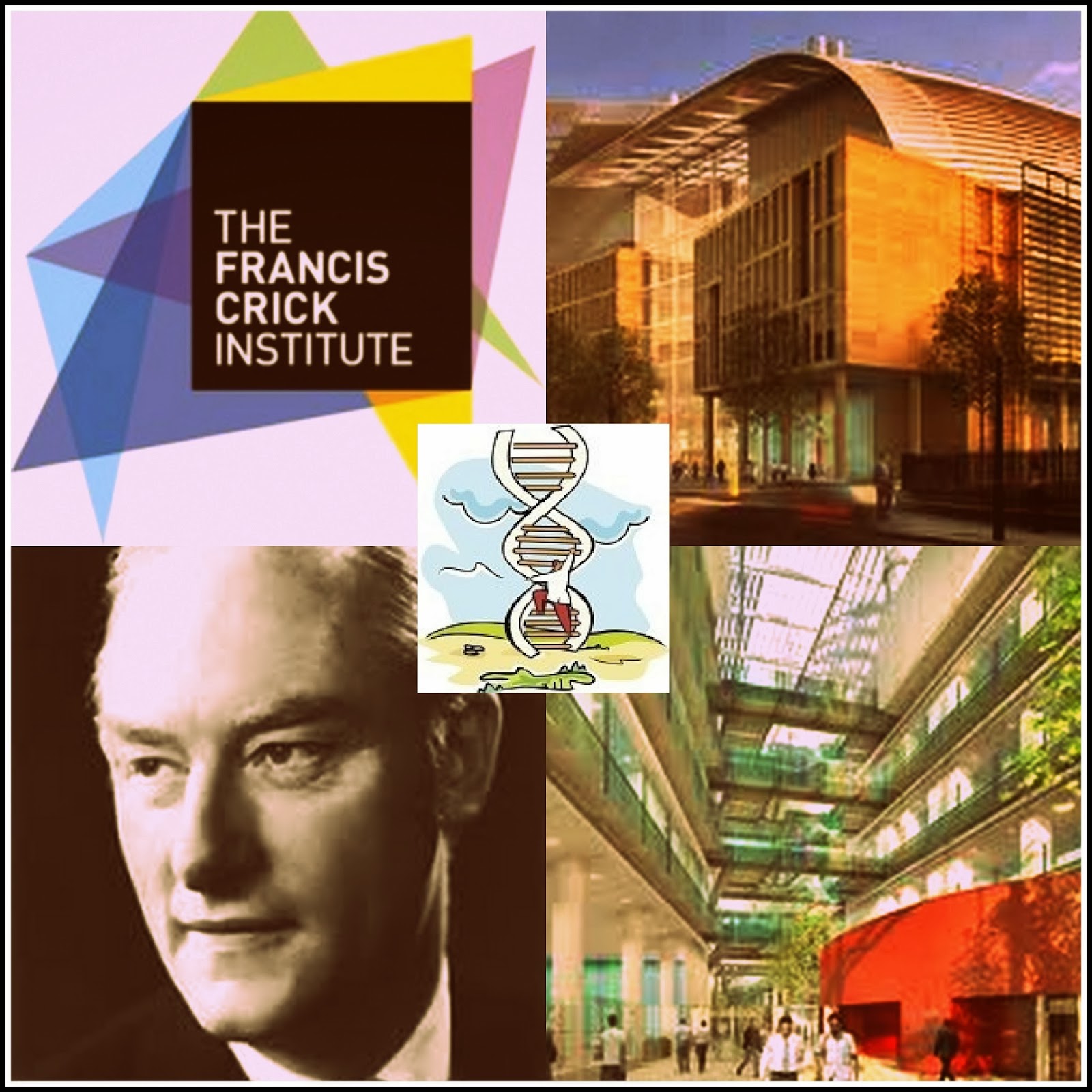 The centre is due to be opened in 2015. The scientific questions, experimental approaches and strategic priorities in the vision statement of The Crick is the need of the hour. With so many leading institutes  involved in this great endeavour, research would definitely be beyond all those boundaries we have created between the different scientific disciplines. The practice of medicine makes sense only when it is paralleled with research. The sooner we realize this it is the better, and if we are able to do something in the right direction to find the cause and the cure for the hundreds of diseases and disorders it would be the best. Studying in such a place, searching and researching would be a step up the ladder; and for the scientifically sane a dream come true. I would definitely end up being like Alice in Wonderland, 'Curiouser and curiouser' in Carroll terms.

In a field of constantly changing knowledge where possibilities and probabilities are more than anyone can imagine the scope and opportunities have to be as much as the need is, healthcare is one such. Einstein again said it right : "The most beautiful thing we can experience is the mysterious. It is the source of all true art and all science. He to whom this emotion is a stranger, who can no longer pause to wonder and stand rapt in awe, is as good as dead: his eyes are closed." In agreement I feel sometimes insomnia because of the want for knowledge is in fact a great blessing. And I do not intend to sleep for a long time. ;-)

PS: This post is written as a part of the Indiblogger-British Council- Knowledge is Great initiative and contest. 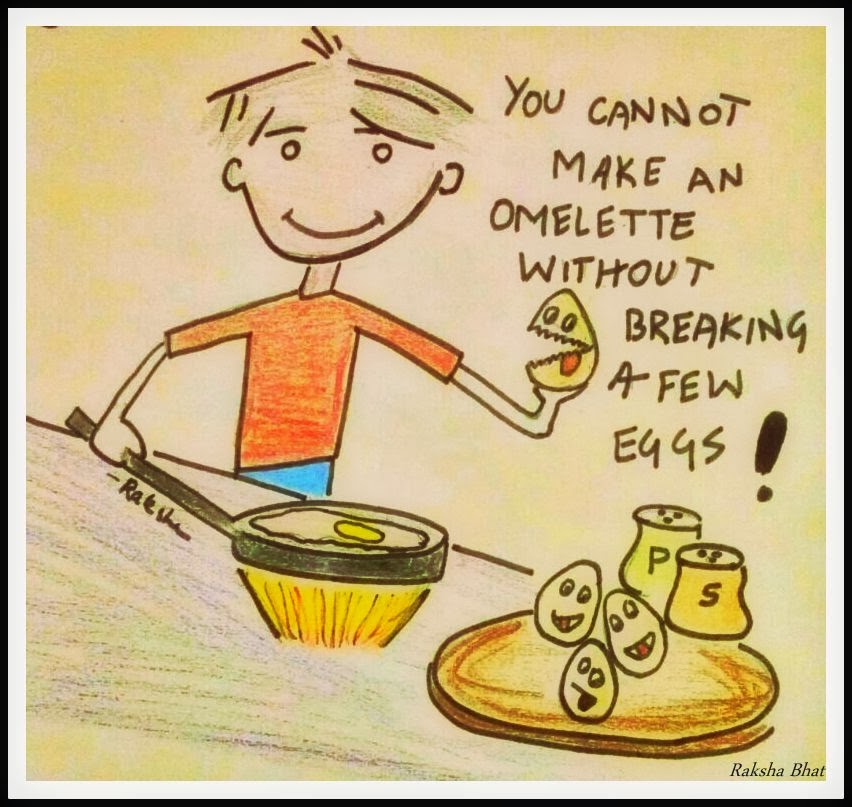 That is life summarized in an elevator pitch. I can open an omelette cafe serving French toasts and frittatas right now actually. And am pretty sure it would make some great business. Anyone game ? ;-)