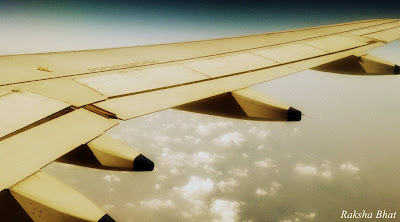 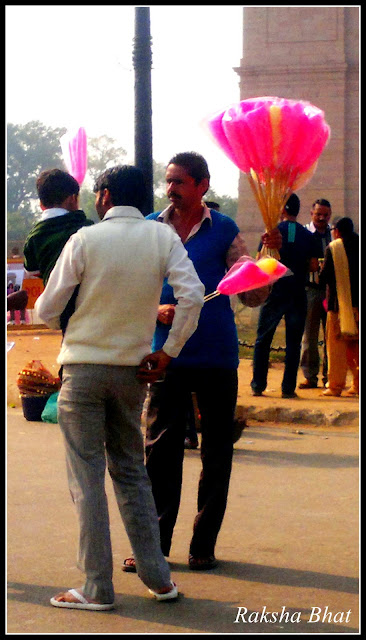 
Crackers and sweets, sorry that is not what we Indians were waiting for. Diwali is long over. So he was hung today morning, the only man who was caught. What next? How sure I as a civilian can be that I may not end up facing a bullet on the road tomorrow? If terror is what they intended to spread, it has already enough. By all our judicial process we are invariably and indirectly fuelling it more. But it would be a lie if I say I am not "happy" that he has been executed. Happy in the sense, a criminal was punished for his deed and this now has given us a hope that the law of this land will prevail.  But ‘celebrating’ justice in such cases? There is more to peace, freedom, harmony and all the feel goods that we talk about. Especially in the life of the ones and their families, who dealt, fought and died doing so.

The real deal for us is to make sure that such events never happen again. I wish we never have to think of ‘celebrating’ another such day this way. It reminds us more of our inabilities and insecurities.  All the more it would be more wrong to think of this as a closure. The system has taken its course and the bigger picture is something else. Associating political intentions of the ruling party, whining about the delay in punishment, going buck eyed at the prison expenses, if that is how we are looking at it, well we deserve this system that we have and all its loopholes too. Our reactions are as inconsistent as them.

Executions are punishments of the highest order for the most heinous of crimes. It does not balance the crime, nor does it remove anything from the world. The worst of the intentions and fears are still looming around. The law and the process is still the same. So are we, the ones who make it. Yes Gandhi did say an eye for an eye makes the whole world blind. But when one half pretends to be chronically suffering from cataract, and the other half with acute glaucoma only when such attacks happen, blindness is but inevitable. And that is something we should not be happy about. 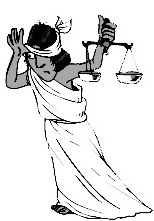 “First do no harm” a doctor is obliged to swear and live by this, though the Hippocratic Oath makes no evident mention of the prime responsibility. Ability and judgement for one are not mere skills, more often than we know it so happens that he or she gets stuck at crossroads, forced to make a choice between the two rather than using them together. Considering the case of abortion, how would you define ‘harm’? In instances such as the recent: A Medically Unnecessary Death making a choice between two lives definitely does not fit in here when you are pretty sure that one is at an extreme stake, especially when the life which is giving another life. It does not qualify as a murder, and no God will send the healer to hell for it. This case was a clear misconception of religion trumping medical duty. What were they trying to prove, who were they trying to save? Were they really trying to decide on the course or just waiting for a marvel to happen which would make both the mother and her baby better? We really do not know. On the other hand we cannot jump into conclusions without understanding the turn of events. If religion is claimed for the absence of a much needed action, it can never be a justified reason for the life lost.

Pregnancy is a biological process, as much as everything else. And irrespective of the views that we attach to it the fact is just this, procreation is natural. But things can go wrong, they will. For which we have science, to deal with all our problems. Something which the world has evolved with, the knowledge to set things right. The field of medicine gratefully has it but every good comes with bad, so does this . Therefore we have laws, rules and religion. Some follow it, some don’t. The worst is when it is adhered to as a dictum, when it is not meant to be. That is all what has happened here and it cost a life, which is a big deal.

What if on the other hand if all doctors stood against feticide at the right time, the male female ratio here in our country would be a different and happy figure to remember. If there is anything that can be set right, changing the rulebooks is not fine enough. Legality vs illegality is not the issue, neither life vs death. It is about taking the best possible decision and giving enough care to a patient irrespective of where they come from, which country they live in, which religion anyone belongs. There is more to treatment than deciding it based on laws, textbooks, research, experience or mere a chance. And that makes it a difficult job, therefore the mistakes. Avoidable and regrettable.

“You never understand life until it grows inside of you.” 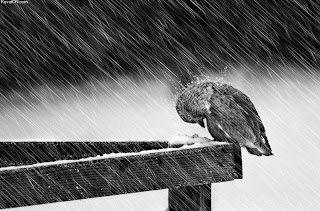 The sky came falling down
Pitter patter, pitter patter
In a minute was on the ground
Thud and woosh!
When I saw a bird
With wrapped wings
Fighting to unfold
I asked her
What is scaring her the most?
In the wrath of this weather
The lightening, the thunder
The rain or the cold
Losing her way
Or her nest
Or thy self
She looked at me
And dropped a tear
Lifting her every feather up
She flew away saying
Losing a loved one
In this time of test
Is all that is to fear 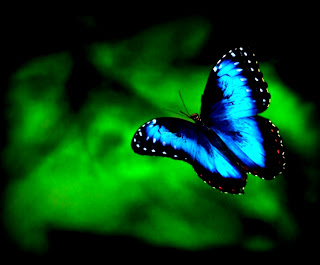 So when is your birthday
And why were you born
I asked a pretty butterfly
She flew high and around
Over the tall green trees
And kissed every flower
Whiffing, and whistling
At last sat on my shoulder
Whispering with a smile
Said, you want to know
When I became what
I was meant to be?
And really stopped being
That one crawling worm
The day when I got my wings
The day when I felt this air
For the very first time
That one beautiful day
Today, pretty much
Sums up my birthday