Tête-à-têtes In The Microbe World

* "Ah !Proteus! Did a truck full of them pass by ? Living by the sea shores I tell you, comes with all this..." -a colleague remarks after a whiff of air brings the smell of fish. By the way Proteus are bacteria whose colonies on culture plates smell like those. Apparently a Sea- God in Greek mythology shares the name, interesting huh!

* "Oh ain't buying it, its too Gram negative"- me on seeing a PINK dress in a store. And this is what Gram negative bacilli exactly look like:-)

* " You either turn sensitive, or be resistant...do not play safe in the intermediate zone" - my advice to a friend, while he deals a difficult issue. Only if life's problems were solved with something like the Kirby Bauer Method  we use to test for antibiotic sensitivity of microbes. 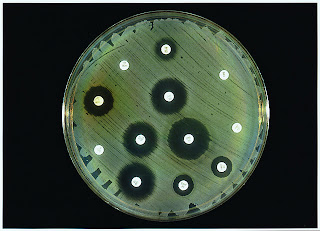 * "Eeeks ! Looks like the Lactobacillus have been overactive!"- me again, while eating curds. Yes, they are exactly the ones who turns milk into curds. We have overly friendly microbes as well;-)
Last but not the least, the most satisfying of all...

* " Keep the phone, let me go take a bath. I am back from the  field. Ticks you see, they have to be removed within twenty hours !"- a friend of mine from and of the forests bommerangs my words.
Life like a microbiologist sees it, a life like the microbes make it :-)
-R.
Posted by Raksha Bhat at 9:13 PM 1 comment: 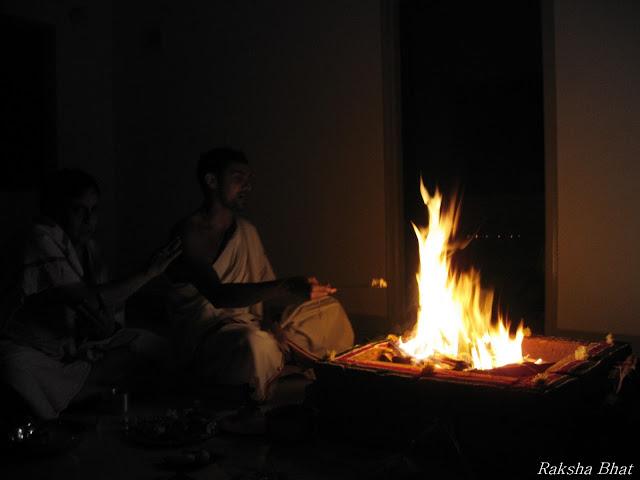 I walked past him, unfettered and unbothered. A few steps ahead and it struck to me” What if it was me or someone who I know on the road tomorrow like that?” A chill ran down. I turned and looked at him from a distance. I was scared to get near him for obvious reasons. He seemed to be in his twenties, too young to die but not too impossible, well if alcohol flowed instead of blood in his arteries past last night. His limbs lay in a solid freeze, was he dead or was I just imagining too much?
To an imagining mind, imaginations once set shall have no boundaries. On the distressing side of it, I thought what if he was lying there after a heat stroke or a heart attack or someone hit him or he was sleeping after a tiring day at work, normal as that. All possibilities occurred to me and it stopped there, as human as the feeling could get.
I did not think more than this much, and walked away like those thousands of strangers who had seen him throughout the day and yet ignored him. I know not what became of him after that. Not my concern maybe, not yours, not anyone’s, or is it?
What does it take to cross that line of hesitancy to help someone who we do not know, or should we? The fear seems bigger than any purpose or conscience. Does this count up over there, well for that matter even while we live in this world? Bet this, it is a strange place full of strangers, almost always. Contradictions are welcomed. I know not of my fate if I were there instead of him, it frightens me.SERIOUSLY.
-R.
Posted by Raksha Bhat at 11:19 PM 3 comments: 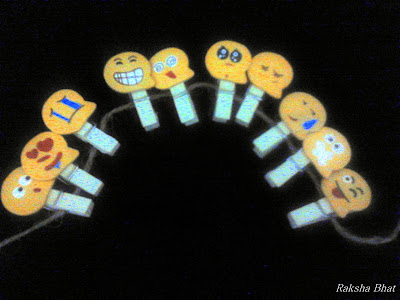 Bring the people of this world in a line right now and this is how you shall find all of us. Interesting right, how different people in different places go through different things at different times and still connect. That is the way everything falls in place and makes sense, lest we fail to understand.

I bought these cute paper clips today, a Christmas gift to myself :-) The emotive side of me feel in love with them at first sight. This is exactly what my face goes through, well everything in one day. The fourth from right is so me!:-D Which one are you?

A Not So Merry Weather

If you were to live in a town where you cannot help but observe lush green coconut trees swaying in bright sunshine to the tunes of winds from the sea all throughout the year like I am doing right now, I bet you shall forget what winter or Christmas eve is like.And no holiday to top that, can it get more dreary ?
Every place on this earth has its fair share of seasons, this place does without winter.I am learning to do without it too. Of course I miss those steaming hot coffees in the foggy mornings, the warm and fuzzy sweaters, the urge to snuggle under the thickest of rugs at home. God answered my prayers when I moaned back then maybe. Strange isn't it ? The way prayers work, when you want something you do not have it and when you have something you do not want it :-)
On a merrier note, MERRY CHRISTMAS to you all:-)
PS: Santa if you are not on a holiday like this and are listening tonight, heaven sake get me some winter!
-R.
Posted by Raksha Bhat at 11:38 PM 2 comments:

Some books are close to my heart, and some lines closer. They have changed the way I look at my life and my people. Some have made me smile, some have made me cry and most importantly all of them have made me feel. I sleep and wake up with them. Here are a few of them. Let me know if any of them touch you too. In no particular order:
" For you a thousand times over"
Hassan in Khlaed Hosseini's 'The Kite Runner'
"I keep myself busy. Time goes faster that way"
Clare in Audrey Niffenegger's 'Time Traveler's Wife'


“Love simply is.” Athena in Paulo Coelho's The Witch of Portobello

If you happen to be a vegetarian, living and especially eating in a town where food is equivalent to meat comes with grave aftermaths. I am in Mangalore, and I am a vegetarian.Nothing like this mismatch.Here is my story.These days brunch in the college canteen is my only calorie intake for the day. Today surprisingly or not so surprisingly I ended up with the wrong thing on my plate, chicken! I realized it with the first pierce of a fork, the texture and colour seemed pretty weird and very fortunately it did not reach my taste buds.What followed was a hell of a scene, quite naturally. I swore silently to myself never to enter the place again.
Few of you may ask me what is so criminal about what had happened.Well nothing! I have nothing against KFC and places alike, their chicken wings and legs or people who devour them. It is more to do with the choice of what we want to eat. Many in the world aren't blessed with this. If somebody does not respect that, and calls incidents like these as accidents, bless them with the famines of Somalia.
“If more of us valued food and cheer above hoarded gold, it would be a much merrier world.”
-JRR Tolkien-
-R.
Posted by Raksha Bhat at 7:12 PM 2 comments: 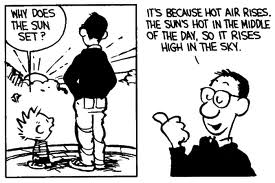 Life's unsolicited but logical lessons, most of them come from my father. And over a period of time I have realized that it gives him a immense fatherly satisfaction if I nod my head and say "Yes, Appa"  even if he is on the difficult side for whatever reasons. Call it concern, responsibility or plain possessiveness, he believes he thinks the best. Men in general are funny, fathers funnier and mine the funniest!
"Any man can be a father.It takes someone special to be a dad."
-Anonymus-

Praying that this board does not hang outside my door very soon.
-R.
Posted by Raksha Bhat at 6:55 PM 1 comment: