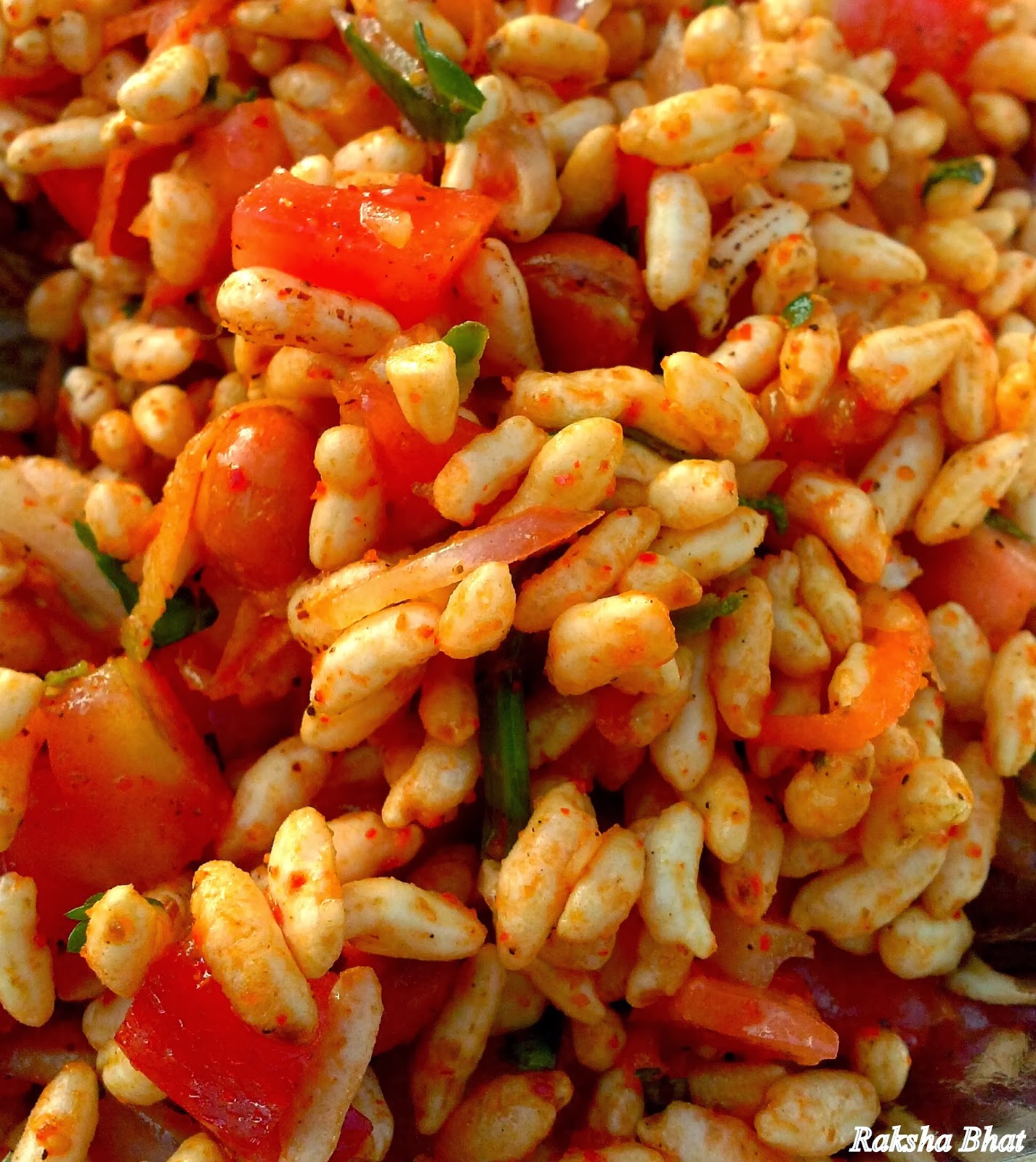 Most of you would have read this blog Churmuri- Swalpa sihi, swalpa spicy at some point or the other. The tagline of the blog more than the name always made me smile. Yesterday on the way back home after an evening walk tempted by the smell, sound and sight of this eye more than mouth watering thing I crossed the road and ordered for one. I couldn't help it, my childhood summer snack was calling and how could I refuse. Sometimes I do have a sweet tooth for not so sweet things.


"Swalpa khara jasti" I heard a guy saying to the churmuri fellow. "Nangu kooda" I added. We exchanged smiles. Well weird situations in which you connect with random people on the road. I don't know how those hands get the balance between swalpa (little) and jasti (more) but they do blend every minute ingredient and flavour with perfection. And what an amazing talent that is! Looking at his hand move all I could think was that he definitely earns more than I do. Some of them have their secret recipes too, even if you get them and try to make you shall never be any close. 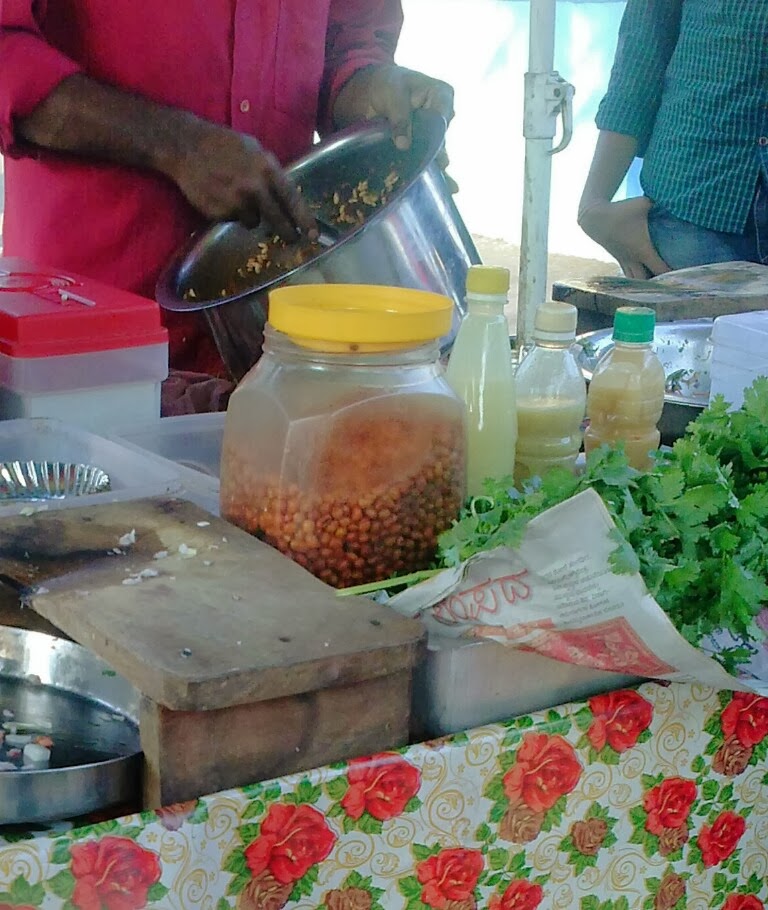 ‘Khara' means spicy, equivalent to the ‘Teeka’ of Puchkas. Be it any corner of this country we Indians are gifted with super power taste buds for such things aren’t we? Churmuri is so like us. So much spice but very much nice. If you are planning to have it make sure that it is made of coconut oil and has a lot of onions, tomatoes, carrots, raw mangoes and of course groundnuts ;-)

While was done with mine, the random guy advises:

“Arey! How can you go without trying the Southekai masala, this fellow is known for it!”

"The baby was delivered, the cord clamped and cut and handed to the paediatrician, who breathed and cried immediately"

"Seriously, these obstetricians and gynecologists I tell you!" he said.

”What? What about them” I asked.

“Such straight faces, oh my God, pity their life!” he remarked.

This was just one of those conversations with a non medico friend of mine long ago about the ‘Obs-Gyny’ ladies we have come across inside and outside the hospitals.They are fondly called so and more than that talked about. I agree most of them leave us with the last resort of putting a smile on their face with a blade in their mouth, the legendary Heath Ledger way and ask “Why so serious?” Well there is a reason behind it, and I shall give you one to respect them.

Only when we stand in someone else’s shoes and go through what they do we have the right to opine. Not very long ago during my internship time we had these labour room rotations. Night duties were equivalent to nightmares, with a minimum of three to four deliveries to be conducted in a span of eight hours of one night, a few more ‘to be mothers’ to be monitored until four in the morning which was the time for their final show, and all of them together for some strange reasons ( Time of birth: Baby 1: 4:05, Baby 2: 4:14, Baby 3: 4:27…) Go to the labour theatres during these wee hours in any hospital and later at eleven to a fish market. Do let me know if you find anything different.

On one such occasion post duty around eight in the morning we received a call from the casualty for an obstetric emergency. A senior resident and me as an intern rushed to see her, what was waiting for us and what we experienced for one long day after that is for our life to remember. The lady was brought to our hospital soaked in blood, and this is no exaggeration. Hours ago she had given birth to a baby in a local hospital where she was utterly mismanaged with an overdose of intravenous fluids, her pulse and blood pressure where not any close to recordable. She was having what is called as post partum hemorrhage. To see someone bleed is a terrifying thing, and for doctors it is World War III. Therefore battle we did, we shifted her to the operation theatre immediately, our unit Professors and Head were called for the surgery which went on for hours, the unit was doing all that it could. Suturing those bleeding points, maintaining her circulation and praying for her at the same time. Her anxious husband was waiting outside the operation theatre to hear from us.

Every time I ran upstairs to the blood bank I could see him, see some hope on his face to see some light from our side. Such experiences move you for life, his eyes, those I shall never forget. I remember not having seen sunlight, neither did I have a glass of water for a stretch of twenty hours during that time. And finally when the surgery was done at around six in the evening, post scrub outside the operation theatre when we met him:

“Doctor, I should have got her here for the delivery, entirely my mistake” he remarked in regret.

“You are educated, you have to be careful where you go, especially when it is for health” a senior professor told him.

”Please tell me doctor, is she serious ?” he asked.

“No she isn’t young man, because we were” replied our Unit Head.

That smile, that one on his face at that one moment, I shall not forget that too. It has been more than four years now, I  do not know where the mother, the father and the kid are but it’s an amazing feeling to be serious about somebody else’s life who are not in any manner related to you.

Yes they do look odd, those straight faces. They are so because they are busy getting many others out of something serious.

"Hey is this the red Saree you were talking about, the one your husband gifted for your anniversary?" one professor to the other scrupulously looking at what she was wearing, "No Madam, that one is a little more red" ;-) 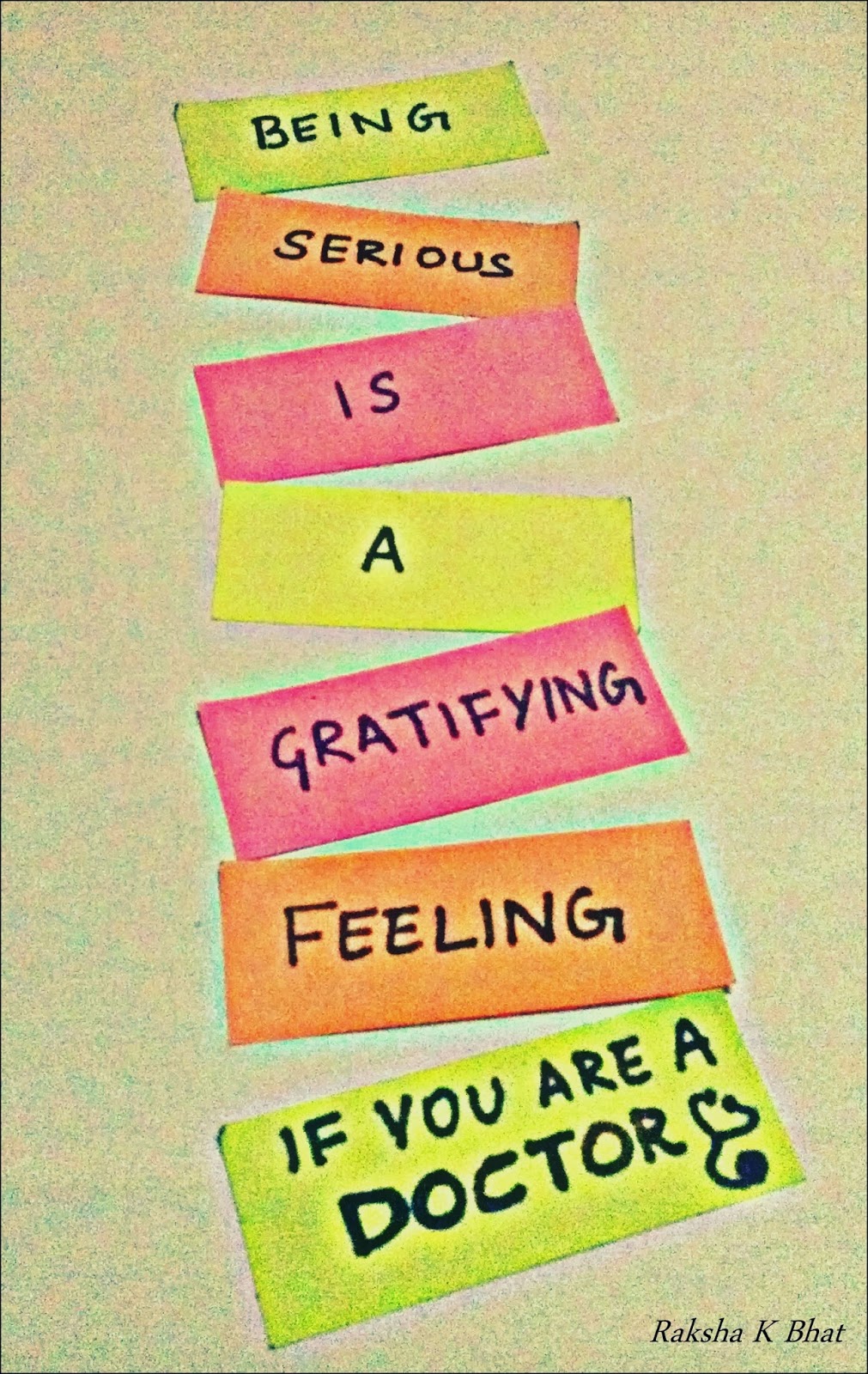 PS: The post is written as a part of Indiblogger- #ConditionSeriousHai and Cadbury 5 star initiative.

Posted by Raksha Bhat at 9:05 PM No comments: 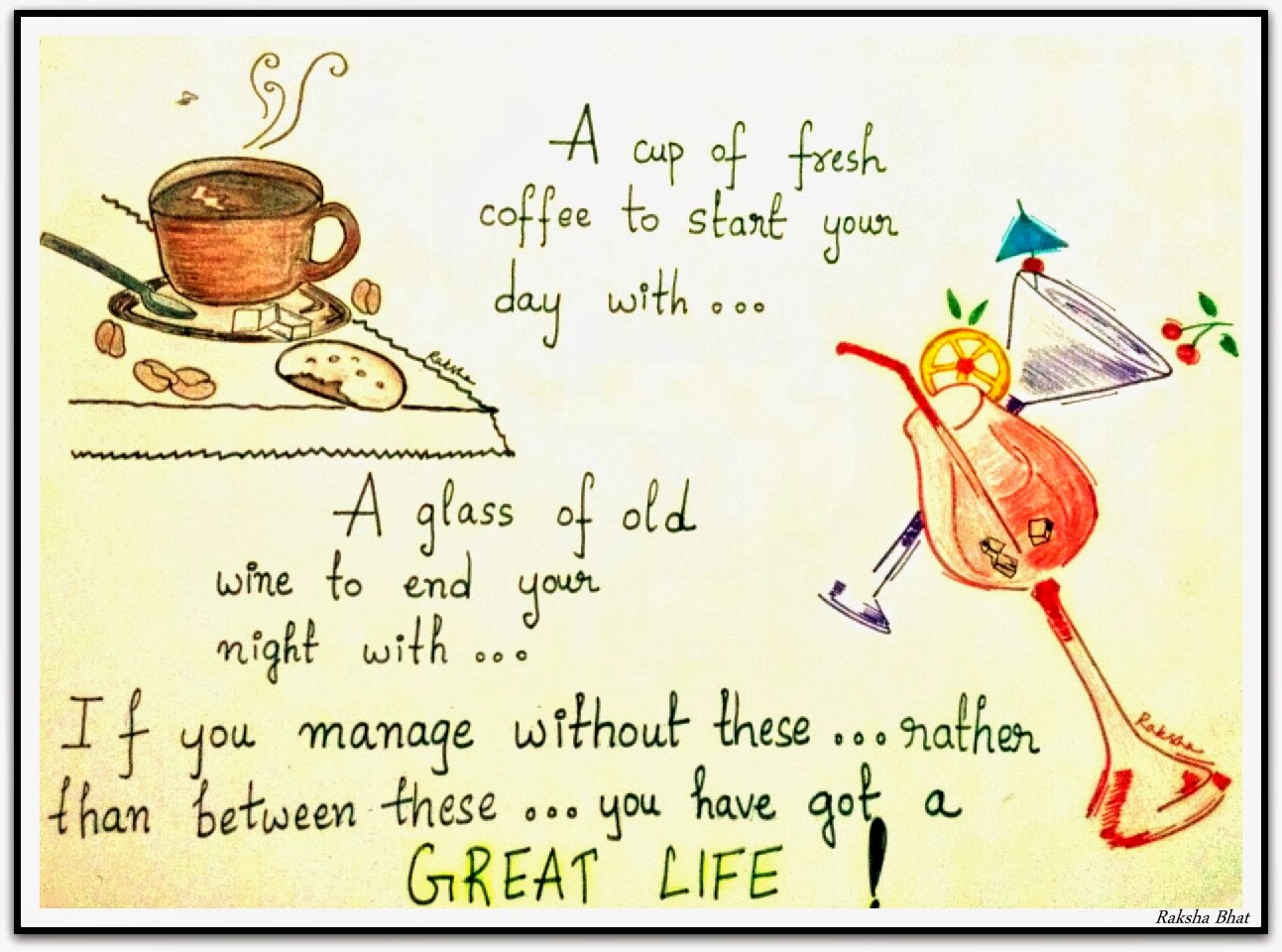 At the end of a good day when you are neither high on caffeine nor on alcohol, neither cups nor glasses around in your room to clean, all you can do is stay wide awake in the midnight and doodle such stuff. This happened last night. Hope you all like it ;-)