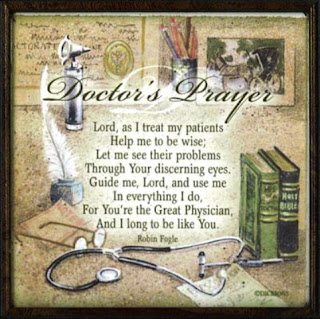 Guess the breed of doctors of your stature are getting lesser by the day.hats off to you

No offense to anyone ,but my 2 cents

There is no mercy for a man who has it in him to get drunk and then get entangled in a accident ,such men dont deserve any mercy of any sort.

People who dont have mental awareness when they are in public ,end up in such situations -like this person who was drunk.there are some heavy prices for such intoxication.

Another example is where a person talking on a mobile was run down by a train recently .We are not living in a heavenly world ,all you are expected is to have some basic mental awareness to know where you are ,open the eyes and see the world.

Brilliantly written. The strength that you doctor's show is remarkable. You have to be tough and soft at the same time. You have to hold yourself up and support the other person too.

My respect for doctors has increased don't know by how many folds as I read this.

P.S: Sharing this on my FB page.

That's a good post about the experience of a doctor! :)

And u saved a person not only physically but also mentally... I feel :)

Hi Raksha,yes doctors are humans first but sadly the count is really low.I am touched, the way you have written the story.

YEs veyr true doctors do sacrifise a lot and they are human first as you say .. but we humans have this tendency that we look at bad first .. so a few bad greedy docs have tainted the good name of the rest of the docs...
Personally HATS OFF to the Docs.. I could not do what they do...

there will always be bad apples everywehre cant help that .. But the good ones are More in number I am sure .. SO heres wishing all the best for ALL the docs who save life... and God bless them alll

@The wild: I am just done with a baby step in this field,lots ahead!Thank you for those nice words.And by the way I agree on those follies that people make,it can cost them a life!But can doctors stop showing mercy???Will mail you across our oath sometime..hardly followed though!!!

@Sameera: Thanks Sam!Ain't completely worth yet of that praise,will be some day:)You are so sweet:)

@Madhumathi: Thank you for stopping by and liking the post too:)

@Pratibha The Talent:This coming from a fellow doc makes me all the more happy:)

@Bikramjit Singh Mann: Your comments make me smile,thanks for being around always:)

one of the best writings , i come across on the blogs ..

I m so so deeply touched! this country needs dedicated doctors like u..i m glad i got to know u :)
definitely doctors are humans first and they too have their own set of shortcomings...
PS : i once gain request u to start featuring ur intern days stories on regular basis...i would love to read it. keep ir up, may God bless u :D

Lovely Post Raksha... Do write more of the same... and as far as I am concerned, I believe a Doctor's profession is the most noble of them all...may God bless with your patience and the will power you need to get you going... Good luck !

@Lakshmi: Hey welcome back,how have you been?:)Thanks for reading and those wonderful wishes:)

I have not experienced the response of the patient after an amputation...all i remember is how excited i was for assisting an amputation :)
Probably will experience this in the future when I perform one myself!!
very well written...:)ur non-doc friends can feel an experience of a doctor's life on reading ur posts!!great going!

@Pammy: This coming from a fellow doc with whom I have spent a whole 5.5 years of MBBS makes me feel really good,I wish you become one of the greatest Orthopedician this country has seen,all the best Pammy:)

@Varsha: Thank you for reading Doc:)