Birth is something like an ill planned natural accident,the world has the freedom to consider me enough eccentric for I am using the same adjectives to describe the other extreme or the end of it, what we again loosely term death.And in the middle of one fine day when you least expect it you get to ride on the road to the grave and yet be fortunate enough to come back home. 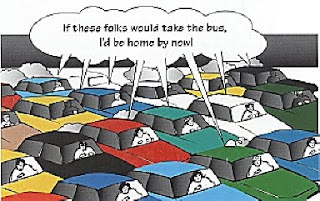 Like all the cursed city dwellers I take the right to grumble about the traffic especially when I have to spend one third of a day travelling on the roads.The madness does get in and travel in the nerves and on some blessed days you are made to feel that you are alive, yes indeed you are alive.I realized this when I meet this lady on the road;bold,black and beautiful.She stood there in the middle of the chaos with her feet firm on ground,and then she was in for a surprise from two girls who were riding back home.
Rules they say are made and meant only to be broken,while driving especially.We took turns left and right, crossing signals we moved along with the rush of vehicles.Suddenly from a wisp of air she appeared right in the front at an inch distance from us,we greeted her after we overtook a snail paced bus from the wrong but much used side and fortunately for her and especially for us the brakes worked at the right time.We did nothing but look at her and meanwhile a speeding bike brushed past like a kissing catastrophe.

Eyes met,”Oh well are the roads only for you people to run, race and ride?” so said her stare.


We managed to move aside; hearts skipping beats and we stood their looking at her standing still,serene and untouched.Looking at the huddle I wondered in my usual thought pit stop,"Why an innocent die in a run over?".


Only if we men realize earth is the ONE home for ALL.
Sigh! 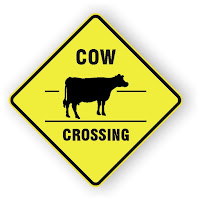 Holy Cow! What needs to be off the road, gets a blog in support of it! Seriously, no animals on road and no humans in jungles!