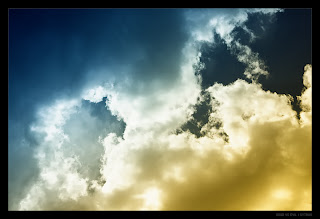 Harry pointed his wand to the Marauder’s Map and said"I solemnly swear that I am up to no good!" and off he went roaming around every secret passage and hallway in Hogwarts.We all are up to this weird kind of mischief every now and then.I believe that each one of us draw an interesting line between the good and the bad,a matter of perspective.However small be one’s gain,isn’t it a loss to another?What does it qualify as,good or bad?How much sin does it accumulate anyway? How often do we try to be more than humans?
We value a person’s goodness based on what they have in store for us.Isn’t it an evil thing to do,i mean nothing but to expect.We often come across people who we think of as ruthless doing random acts of kindness,and the vice versa happens too.Some great man once said "Every sweet has its sour and every evil its good".I think it is the fair balance which counts finally.
In some moments of weak selfishness we tend to overlook the repercussions that follow our acts.But what we forget is that we can do something by learning about the world we live in with a clear conscience and give goodness a try by helping others or even at the very worse,learn about how not to harm anyone.

For centuries we have been celebrating the victory of good over evil with a very raw interpretation.Amongst all the unpleasant things of greed,power,cowardice,money,theft,war,assassinations,terror and the endless we shall be highly fortunate if we make some place for and see peace,love,care,laughter,life,liberty,sense and determination.
A popular belief is that evil outshines everything in today’s world,maybe it does because the good stays silently hiding beneath.But there are a few who dare a fight and show.It is because of their kind acts of giving in the past and present that the world is still a beautiful place.I feel like a worm in these matters and I dare not talk about the blessed people and do them any less justice.My regards and respect to the many unsung heroes amidst us.Because to try and belong to that bunch of the brave requires a lot of selflesslessness.
Among the many who appeal to me here are a few that I shall thank,my Amma for literally living my life with me,my Appa for being the beautiful person he is,my friends who end up proving that they are the best in some way or the other at the end of it all.To live enough and to give more than enough is what I learn from them every day.Good enough.They bring all the goodness in my life.For me it all begins at home.

Of all the good I have learnt here is a story that Amma used to tell me during childhood,I remember how her eyes used to fill with tears during each of those narrations.Every now and then when I have to do or decide on something which has an effect on somebody else the melody of the song haunts me for some strange good.I guess every child here in Karnataka has heard this folklore at least once.There is an immense power that this story brings,it is for generations to carry.

"Punyakoti was one among the many cows of the cowherd Kalinga.They were like every day grazing in the green fields,dusk set in and as fate had it a tiger by name Arbhutta who was in great hunger attacks the herd.All the cows run for life and she is left alone,he tries to pounce on her.She convinces the tiger saying that her hungry calf is waiting back in the shed and she would return soon after feeding him.She makes a solemn promise and the tiger seeing her motherly concern lets her go.
She comes back to feed her calf and tells him about the incident and now that her final hour had come,she had to go.She asks her sisters and friends to take care of her son like one among them in her absence henceforth.
The tiger is stunned with bewilderment seeing her at his den only to keep her promise of not denying him his food.He is touched by her honesty and self sacrifice.In tears he questions himself if God would forgive him if he killed and devoured such a pious and truthful cow,in remorse and realization he jumps off the cliff and ends his life."
Simple yet intense..poignant yet beautiful!

"We've all got both light and dark inside us.What matters is the part we choose to act on.That's who we really are"-Sirius Black[ in The Order Of The Phoenix by J.K.Rowling].
-R.


Buy Social Causes T-Shirts
online at
Myntra.com and visit the largest community of Indian
Bloggers at BlogAdda.com
Posted by Raksha Bhat at 10:44 PM

hm.. some thoughts that i am used to meditating on. some times feel bad and good are totally relative terms, judged by the selfishness of interpreter.

Well, u cant really be good to everyone always.. even if u try to be. In the story, Punyakoti may have kept its word and sacrifised itself...yes it did good, but at the same time, it was hard to its calf. imagine urself as a calf and think over it, how much it hurts. Im not telling what Punyakoti did was bad, but my point is that somethings are beyond our control and we can only do things which we can control. We should not worry about how many we hurt and how many are happy by our acts, but a certain balance which we can manage is always required.

@Harish[the one I do not know]: You are right,by the way thanks for reading:)

I have heard this story from my granny. I loved the way you blended quotes from Harry Potter in the post. Sirius Black is my favorite character from the series. All the best for the contest. :)

@coolkamikazecat:Hi,the name is quite a tongue twister:)...the Potter fan in me springs up now and then..it means more than fiction and fantasy sometimes;)...thank you for reading and liking:)

Raksha,
I am truly thankful to you for writing such a beautiful post. I am a new mother now and I hardly remember all the virtuous tales my gran or my mum told me or even from those books I usedto read.
You have refreshed my memories of PunyaKoti's lovely story and what a perfect lesson it imbibes!
Celebrating the victory of good over evil..
Wish you a very happy Diwali...:D

@Vibhuti: Thank you for the wishes Vibhuti and congrats too:)...Glad you liked the post:)

Hey .. just stumbled upon your blog! Its very well written .. deep thoughts, simple words and the write up has a very neat flow to it! :) I've now begun reading your older posts too! What impresses me is - People in general [including me], always complain that they don't have enough time to update their blogs. Where as you are studying for upcoming exams, just went through the hectic schedule of MBBS and yet you write so much! Hats off girl! :) Keep up the good job!! :)

@Krithika: Glad to see you here and thank you for liking what I write Krithika.Anything remotely connected to book and ink catches my attention..words and thoughts...am always there:P...on the way to your blog:)

Well tat's some thought provoking post, some very good points made.
Yes we guage people relatively and it is also true to that no one is perfect, every sweet has its sour and and every good its evil :):)

It’s simply awesome to visit it. The content in the blog is highly interesting and entertaining to read out. Keep up the good work!!!
Online Shopping

Thank you for sharing...i really good to see this post.nice article.
thepriselive